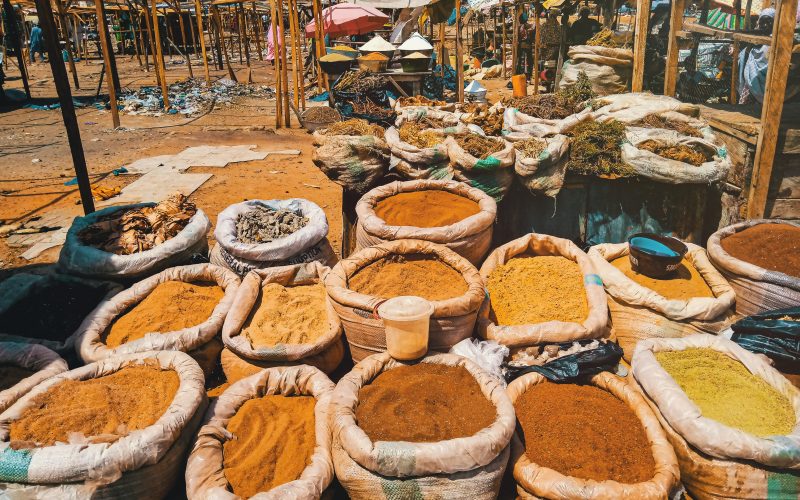 What is AfCFTA about anyway?

The AfCFTA (African Continental Free Trade Area) agreement aims to create a continental free trade area for goods and services in Africa. Durggh. It is expected to liberalise and facilitate the free movement of people, investments and businesses across the continent. This way, the rate of intra-African trade (currently at 16 to 17 percent) will increase to 52 per cent.

The agreement was signed by some countries in Kigali, Rwanda, on 21st March 2018. Today, it is the largest trade agreement since the creation of the World Trade Organisation (WTO) in 1994. It will create a continental trade bloc of 1.3 billion people with a combined GDP of $3.4 trillion. It aims to attract $4 trillion in investments and consumer spending. It has the potential to lift 30 million people out of extreme poverty.

How does it work?

The agreement instructs state parties (countries that signed it) to treat products imported from other state parties the same way they would treat domestic products.  Golden rule eh. State parties are expected to gradually eliminate import duties and charges. Concerning services, state parties are also to eliminate measures that restrict foreign (as in, African) service transactions, employment of Africans and participation of African businesses within their jurisdiction.

On paper, the AfCFTA has great prospects right? Well, it was all going great until 2020. Predictably, the potential of AfCFTA was largely undermined by the COVID-19 pandemic. You cannot integrate economies when countries are closing borders, banning travel and so on, in order to contain a pandemic. Therefore, trading under the AfCFTA, which was due to commence on 1st July 2020, was postponed to 1st January 2021. On 1st January, it was new year, new Africa.

At first, Nigerian manufacturers feared the AfCFTA. Due to internal inefficiencies, enterprises feared that they would not be able to take advantage of the agreement or compete with an influx of new competitors from other countries. These concerns sparked opposition so Nigeria hesitated with the signing and ratification of the agreement. Nigeria eventually signed on July 7, 2019. Later, on 11th November, we ratified our membership, ahead of the December 5 deadline.

Yet, for AfCFTA to achieve its full potential, favorable policies and trade facilitation measures have to be put in place by individual countries. With international agreements, African countries have non-conformity issues. The national policies of many countries often conflict with the goals of regional trade integration. You already know. This is Nigeria’s sub. We were the first to default when it suddenly closed its borders.

In August 2019, Nigeria closed the Nigeria-Benin border. Our government claimed that smuggling was undermining our industrialisation efforts, and it may have been right. It also claimed that the borders were closed to curb the smuggling of hard drugs, arms and agricultural products. Unsure about this part. Regardless, the closure contravened our commitments under the Economic Community of West African States (ECOWAS) and raised concerns about the plausibility of the AfCFTA.

Well, within Nigeria, the result of this closure was tragic. Weeks ago, we explained how food prices have soared, reaching an all time high of 18.3%. Also, food inflation in the country reached a three-year high of 14.9%, according to the National Bureau of Statistics (NBS). The Minister of Finance, Zainab Ahmed, confirmed that the closure of Nigeria’s land borders contributed to this rising inflation. According to GDP data released by the National Bureau of Statistics for the third quarter of 2020, Nigeria fell into its second recession in five years.

On 16th December, the presidency finally directed the opening of four land broders: Seme, Illela, Maigatari and Mfun. Last Tuesday however, the federal government emphasized the ban on rice importation into Nigeria. In December, Buhari had directed that the CBN “must not give money to import food. Already, about seven states are producing all the rice we need. We must eat what we produce.” Well, this reasoning is somewhat questionable. The issue is that Nigeria is heavily reliant on imports to feed our booming population of 200 million people. Meanwhile, our production capacity remains inadequate to meet food and raw material demands. We still need to import and trade.

The AfCFTA is here to stay! It can consolidate Nigeria’s economic growth in many ways. Interaction at our borders will reverse the decline of the trade sector, one of the largest employers of labour in the country. Of course, the AfCFTA would improve employment rates of Nigeria’s large working population.

In addition, Nigeria is blessed with natural resources for manufacturing and exportation. If our government increases investments in the manufacturing sector, the nation will produce goods locally and trade actively internationally. This way, the sector can significantly increase revenues. What the country must now do is ensure that our exports surpass our imports, so that we encourage the local market instead of suffocating it. How can we do this? Perhaps it is time to improve infrastructure and enforce policies that would reduce local cost of production.